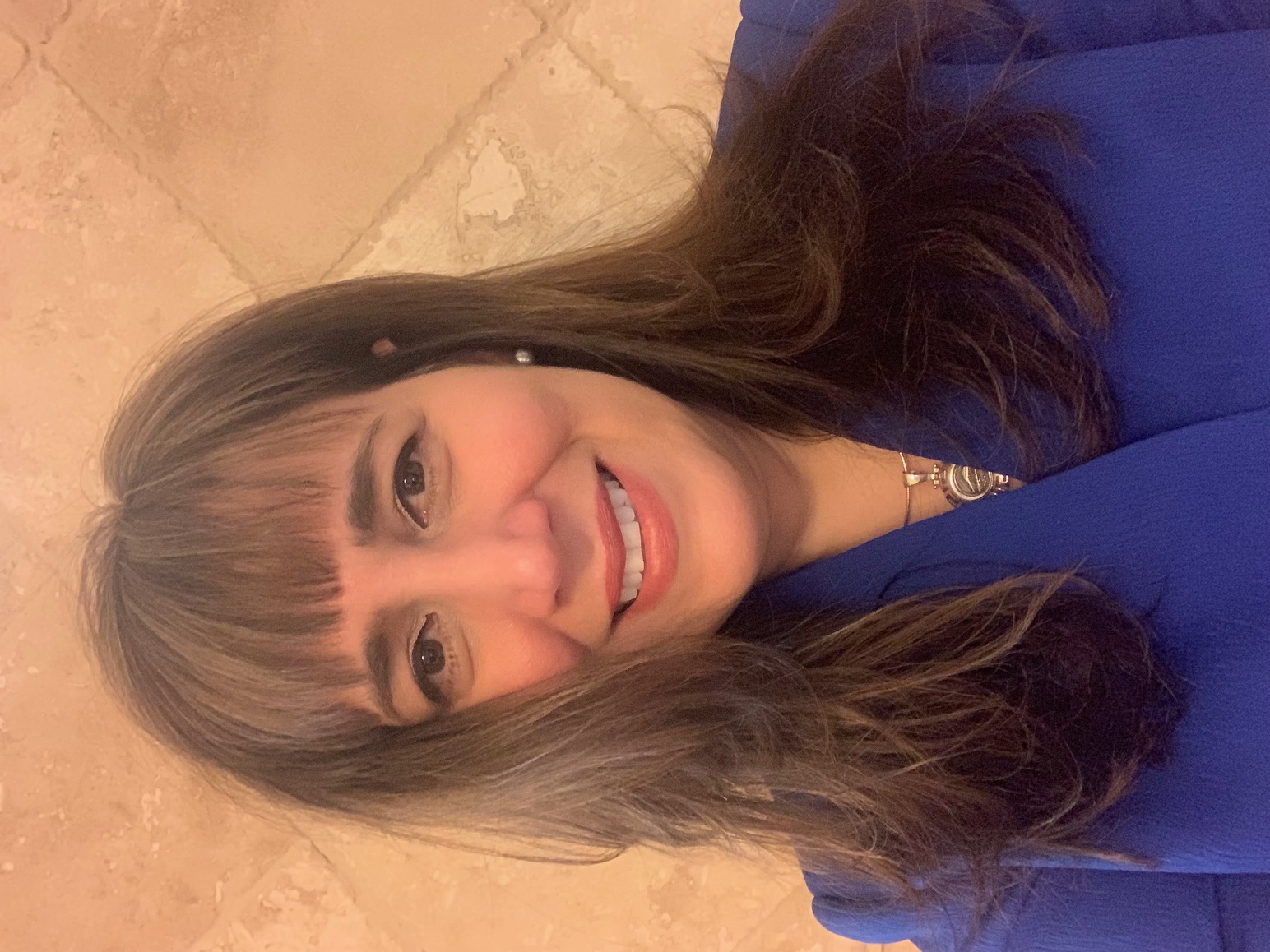 Dr. Maria Gomez Albrecht is the Chief Marketing Officer at Alonos®, an international consulting firm specializing in organizational effectiveness, improved business performance, strategic marketing solutions, and enhanced team dynamics for leadership teams and executive management. Besides leading the company’s marketing practice, she is also a Marketing Professor at the University of Texas at Dallas (UTD) for two Executive MBA Programs, as well as at Texas Woman’s University (TWU) at the undergraduate and graduate levels. She earned a Doctorate in Business Administration from Swiss Management Center University in Switzerland. She is also a PhD candidate at Universidad Central de Nicaragua for her second doctoral degree. An author and global speaker, Maria is involved with several professional and academic organizations nationwide, including serving as 2021’s President of Prospanica’s DFW Chapter. 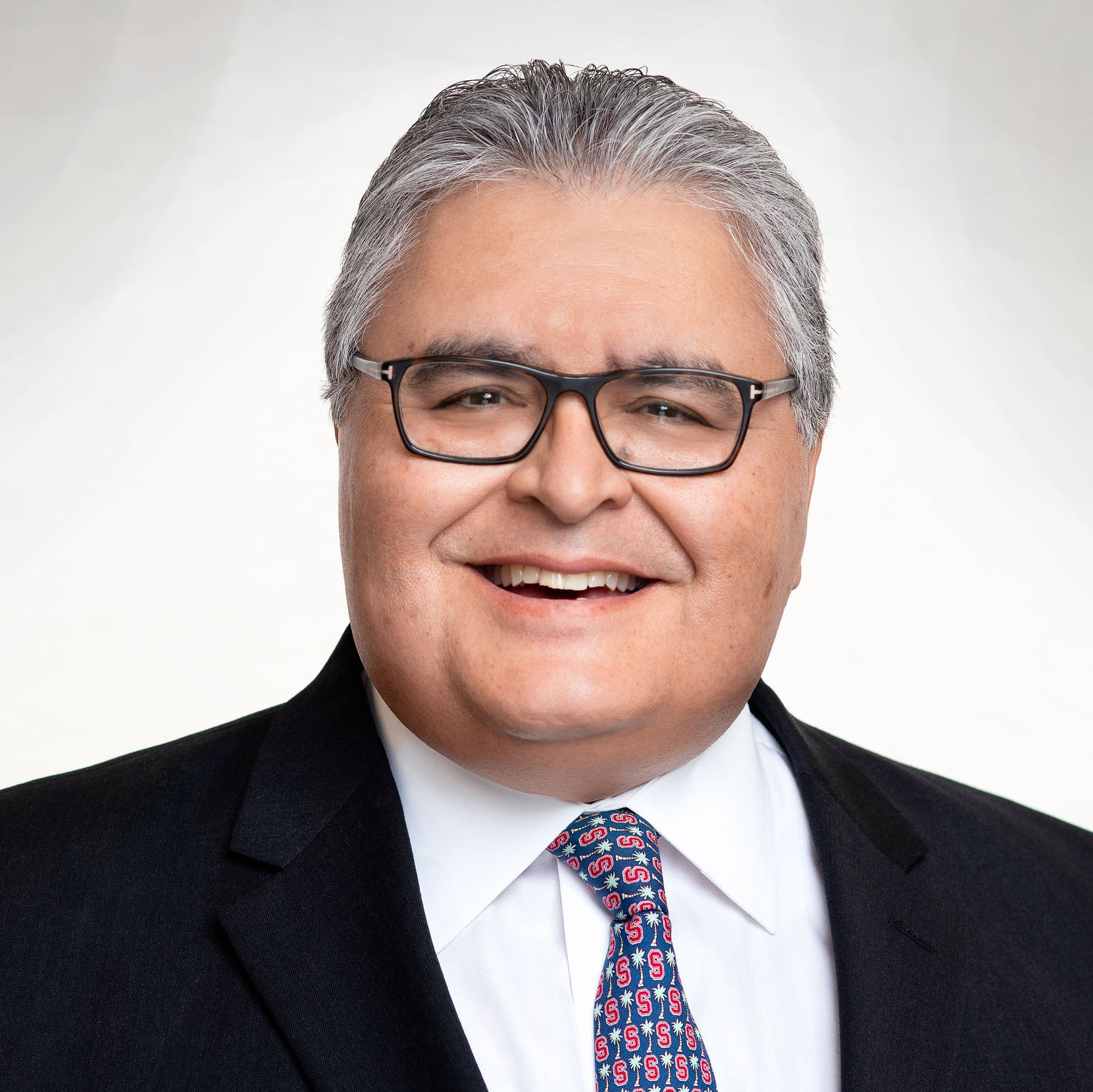 Victor Arias, Jr. is a Managing Director at Diversified Search, and leads the firm’s Dallas-Fort Worth office. He is a co-chair of the Consumer practice, and a member of the Board of Directors, Real Estate and Higher Education practices. Victor joined the firm in 2019 from RSR Partners, where he was managing director in the board of directors practice. Prior to RSR, Victor worked at Korn Ferry, as senior client partner in the board of directors practice, the higher education practice and was global leader of the Diversity and Inclusion Initiative. Victor served on the board of Popeye’s Louisiana Kitchen (NASDAQ: PLKI) for 15 years. He is past president and co-founder of the National Society of Hispanic MBAs (now Prospanica), a former member of the Notre Dame Institute of Latino Studies board, and a founding board member of the Latino Corporate Directors Association.

Emily Anne Gendron is the Director of Leadership Development at OwlHub, a future-focused leadership development company for purpose-driven businesses, with the goal of moving the world toward equity in leadership. In her previous role, Emily was the Culture Architect at Oath and the Culture& Communications Lead for Marissa Mayer’s CEO Cabinet at Yahoo. Her expertise is in vertical leadership development, and developing enterprise-wideteam and culture programs that support effective strategy execution. She has over 15 years of strategy execution and leadership development experience in the tech, nonprofit, creative arts, and private sector. Emily co-hosts Owl Cast with David Morelli, where they discuss leadership and coaching at the intersection of personal and professional development. Emily has her AB from Princeton University. 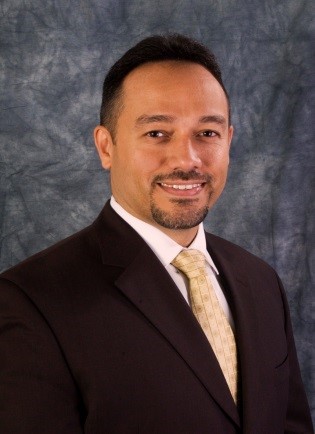 Isaac E. Hernandez is the Deputy Director of Infrastructure Operation Services Branch at the Federal Deposit Insurance Corporation (FDIC). He is responsible for the over all management, control and operation of the corporation’s Division of Information Technology (DIT) infrastructure providing information technology (IT) leadership and services for the day-to-day operations, engineering, and customer support of the FDIC. He has more than 25 years’ experience in the IT industry and has held various positions in the IT operations, engineering, military, accounting, and consulting disciplines.

Prior to the FDIC, he was the Director of IT Operations at the Federal Energy Regulatory Commission (FERC).  He is responsible for the day-to-day operations of the Commission’s IT Infrastructure and IT Customer Support.

Prior to joining the Federal government, Isaac served as the Program Delivery Manager for Civilian Agencies at EMC Federal. In this capacity he was responsible for the professional services operations of the Federal Civilian team. Before his time at EMC, he was the Director of Network Reliability for a Virginia located subsidiary of Verizon; responsible for IT Operations and Engineering. In addition, he served as the Director, Video Services R&D for their video on demand product.

A New York native, Isaac began his career at the age of 17 enlisting in the United States Marine Corps where he served for approximately 10 years working in various fields such as finance, logistics, IT, and marksmanship. He has stated that his experiences as a technologist who “grew up in IT” and as a leader has given him the ability to bridge the communications gap between the “techies” and customers. 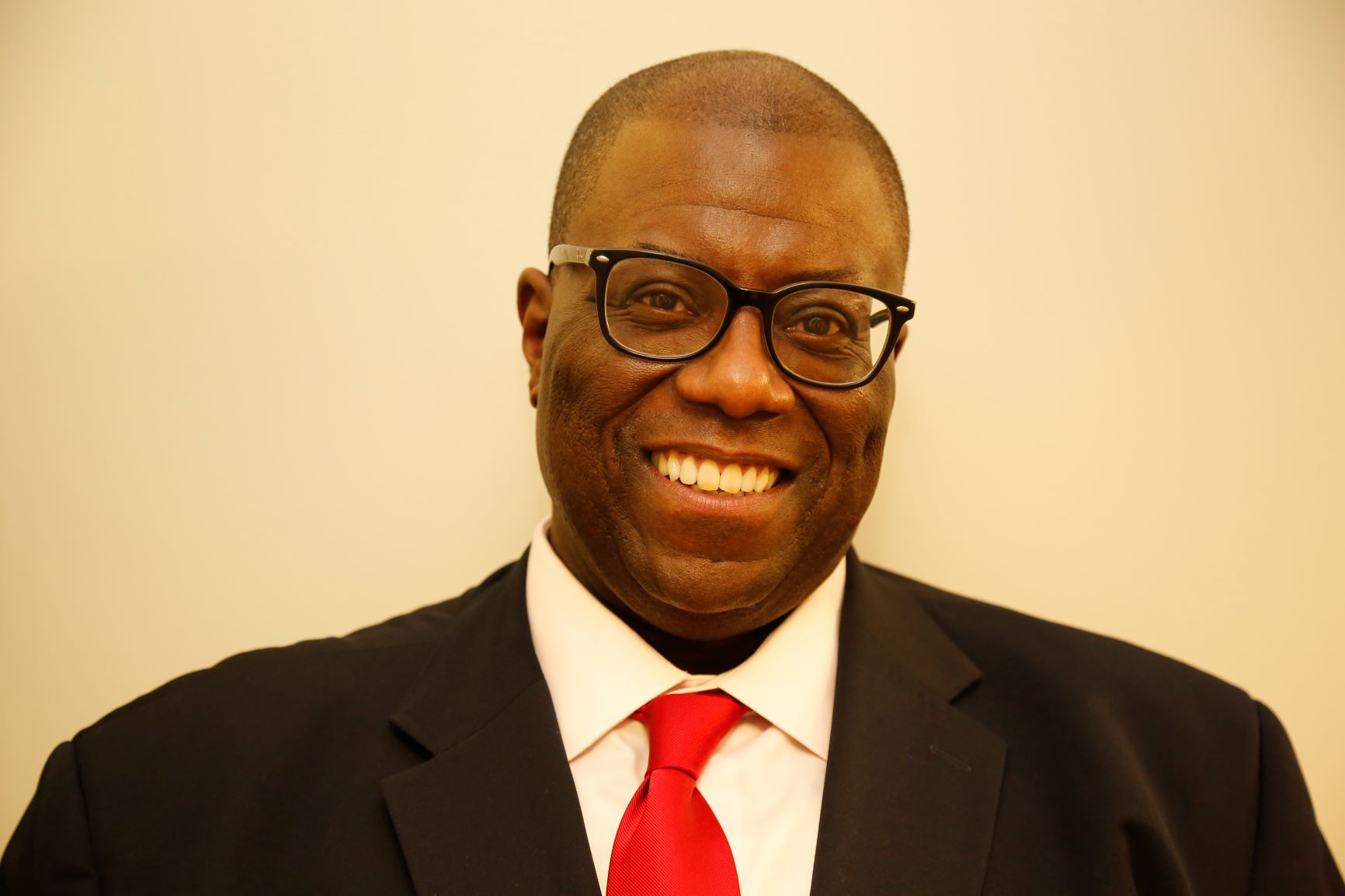 Damyn Kelly, JD, PhD, serves as the President and CEO of Lutheran Social Services of NY; a nonprofit human services organization that has an operating budget of more than $68 million and employs more than 642 human service professionals at over 39 sites in the city of New York. Key programs of LSSNY include early childhood education, foster care, immigrant services, supportive housing, immigration legal services and a school for special needs children.

Dr. Kelly is a speaker, presenter and lecturer on issues pertaining to diversity, equity and inclusion with a special emphasis on the lack of executives of color in the nonprofit sector. He has also worked as a Bronx Assistant District Attorney and a senior staffer for a Member of Congress. Presently, he serves as a member of the Board and Chair of the Diversity, Equity and Inclusion Committee of the Coalition of Family and Child Caring Agencies and is a member of the Board of Directors of the Human Services Council and Black Agency Executives. He is also a member of the Board of Directors of GallopNYC, and he has taught several graduate courses in public policy at the Hunter College School of Public Health and in the Social Work Program at Adelphi University. 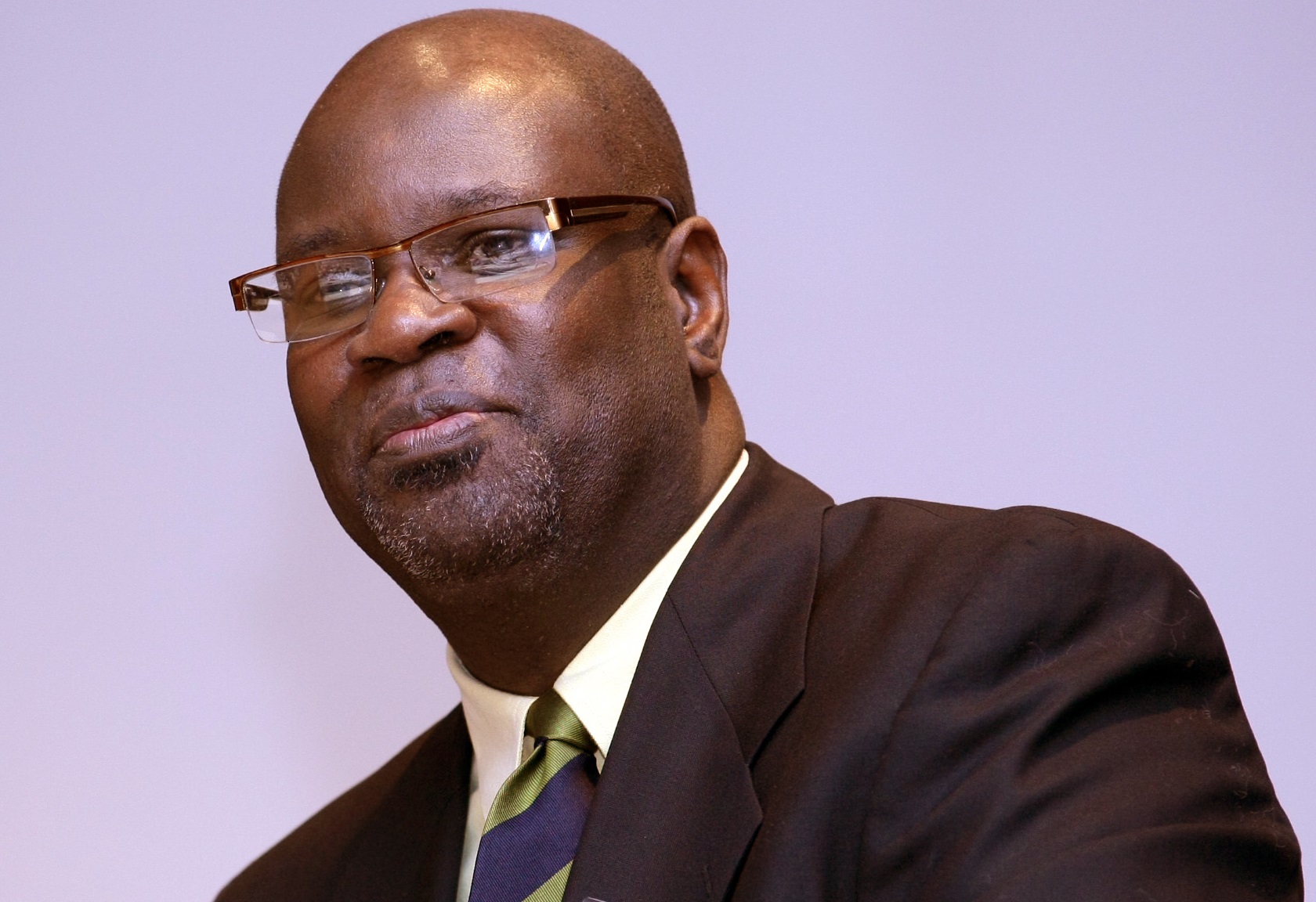 Dr. A. Brian Leander is a successful management and leadership consultant with over thirty years of experience in the U.S. and abroad. Brian also serves as a leadership development consultant and executive coach to a range of the education, business and nonprofit sectors. In 2010, Brian began to explore the relationship between leaders and the orientation of their organization’s towards diversity, equity and inclusion, which led to a doctoral dissertation and a Ph.D. in Organizational Leadership from Eastern University.

In 2013, Brian created Leading in Community, a leadership development program with a goal broaden and strengthen the leadership pipeline for people of color and prepare them for nonprofit and community leadership. In his current role at Adelphi University, Brian oversees all University professional development programs, including its Diversity Certificate Program—which has been recognized by the Council for Advancement and Support of Education in the Best Practices in Diversity Programming category. In 2020, Brian received the Dr. Martin Luther King Jr. Recognition Award from the Nassau County Human Rights Commission, for building bridges for people of color by developing impactful learning programs. 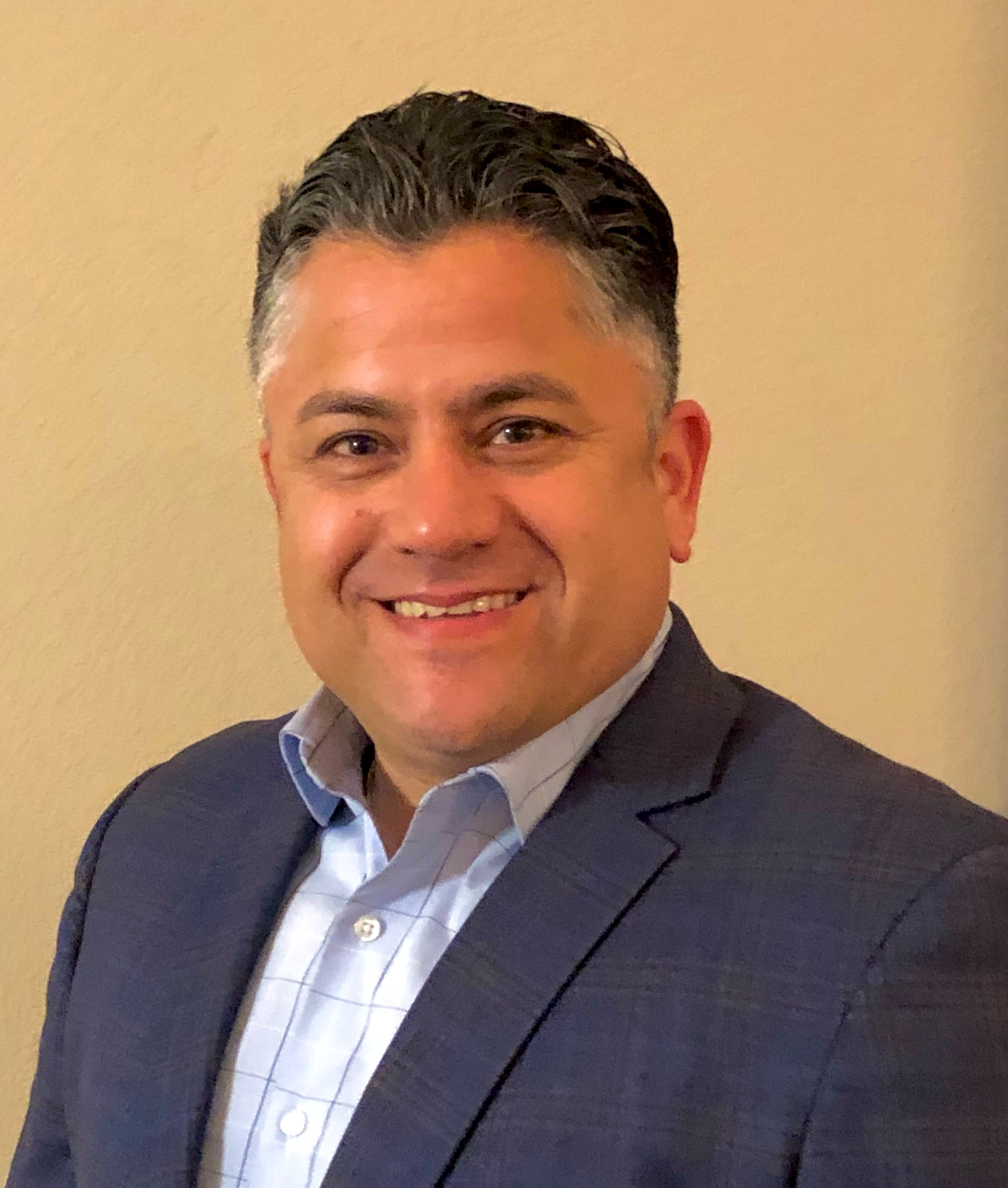 Richard Lopez, is the Director, Diversity & Inclusion at Dell. Richard is responsible for developing and leading innovative global diversity and inclusion initiatives, programs and strategies. He provides consultation and subject matter expertise to senior leaders and HR to drive leadership commitment to diversity goals. He designs and implements diversity action plans, leadership training programs, and initiatives to foster an inclusive work culture. He is the global lead for Dell’s Many Advocating Real Change (MARC) initiative that focuses on engaging leaders through inclusion awareness and unconscious bias training. Prior to this role, Richard managed Dell’s international expatriate program where he consulted HR and business leaders on the policies, laws, and business procedures that impact a globally mobile workforce.

Prior to working at Dell, Richard worked for Ernst & Young and has extensive experience in HR consulting, expatriate tax, and supplier management. He completed international assignments in London, England and Guadalajara, México. He received his BA degree in international business from St. Mary’s University in San Antonio, Texas and is certified as a Global Mobility Specialist by Worldwide ERC, the Association for Workforce Mobility. 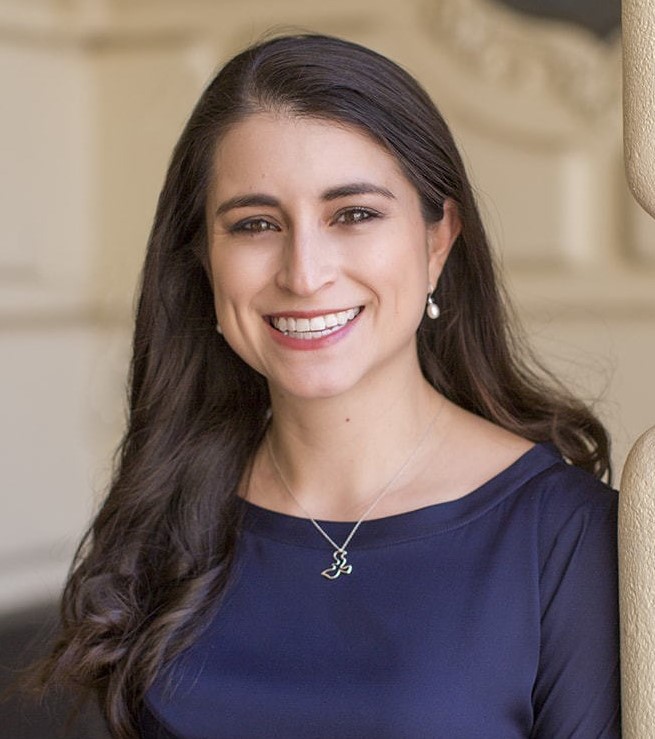 Laura Saldivar Luna is the Chief People Officer of Teach For America. Laura is responsible for shaping the people strategy and staff experience for over 1,800 employees to enable Teach For America to be the highest-impact nonprofit in the world and the greatest place to work in the U.S. Prior to her role as CPO, Laura was the founding as executive director of Teach For America in her hometown of San Antonio, Texas. In the nine years under her leadership, Teach For America-San Antonio reached over 50,000 students, raised more than 25 million dollars, and helped catalyze and scale major citywide education reforms. 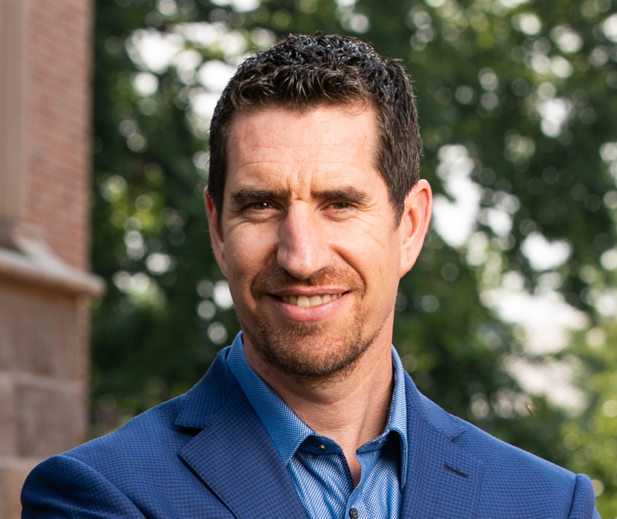 David Morelli is the Co-Founder and CEO of OwlHub, an organization focused on creating research-backed, practical programs to empower professionals and move the world towards equity in leadership. Previously, David had been the Executive Director for Executive Education at the Daniels College of Business, University of Denver. He has expertise in a wide range of arenas from executive coaching to neuroscience and from executive leadership to peak performance. He has over 20 years of executive coaching and leadership development experience, has trained thousands in coaching methodologies, and has led worldwide programs with over 100,000 participants. Additionally, he is the creator and host of a popular podcast, Enwaken Radio, which has over 1 million subscribers and passed Oprah to hit #1 in two categories on iTunes. David holds an Executive MBA from the Daniels College of Business, University of Denver. 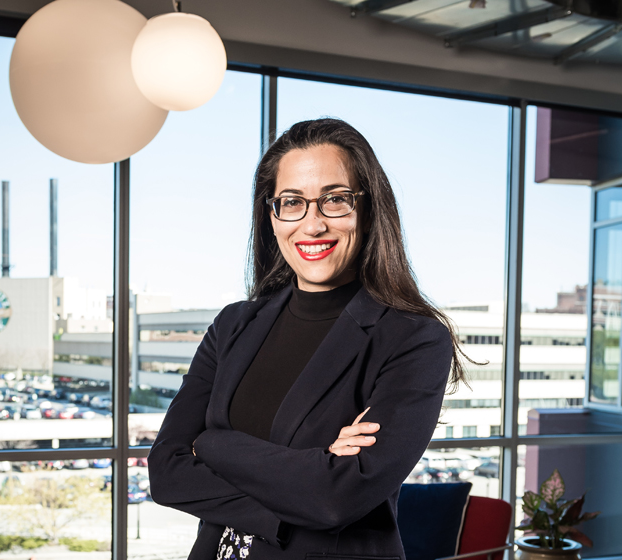 Leana Nakielski is a Strategic Partnerships Director with American Family Insurance. Based in Milwaukee, WI, Leana is responsible for deepening the company’s presence in the city in connection to the new, Downtown Milwaukee corporate office, ensuring authentic and intentional connectivity with the Greater Milwaukee community. Her team oversees external partnerships that support deep, diverse talent pipelines, starting in K12. These partnerships strengthen the company’s inclusive culture and contribute to building a local, competitive workforce of the future.

Previously, Leana held nonprofit leadership roles over the past 15 years supporting education, business, and community development. She obtained her B.S. degree and Executive MBA from UW-Madison and a certificate from the Global Social Enterprise Initiative at Georgetown University. She is board president of Highland Community School and serves on several nonprofit boards. 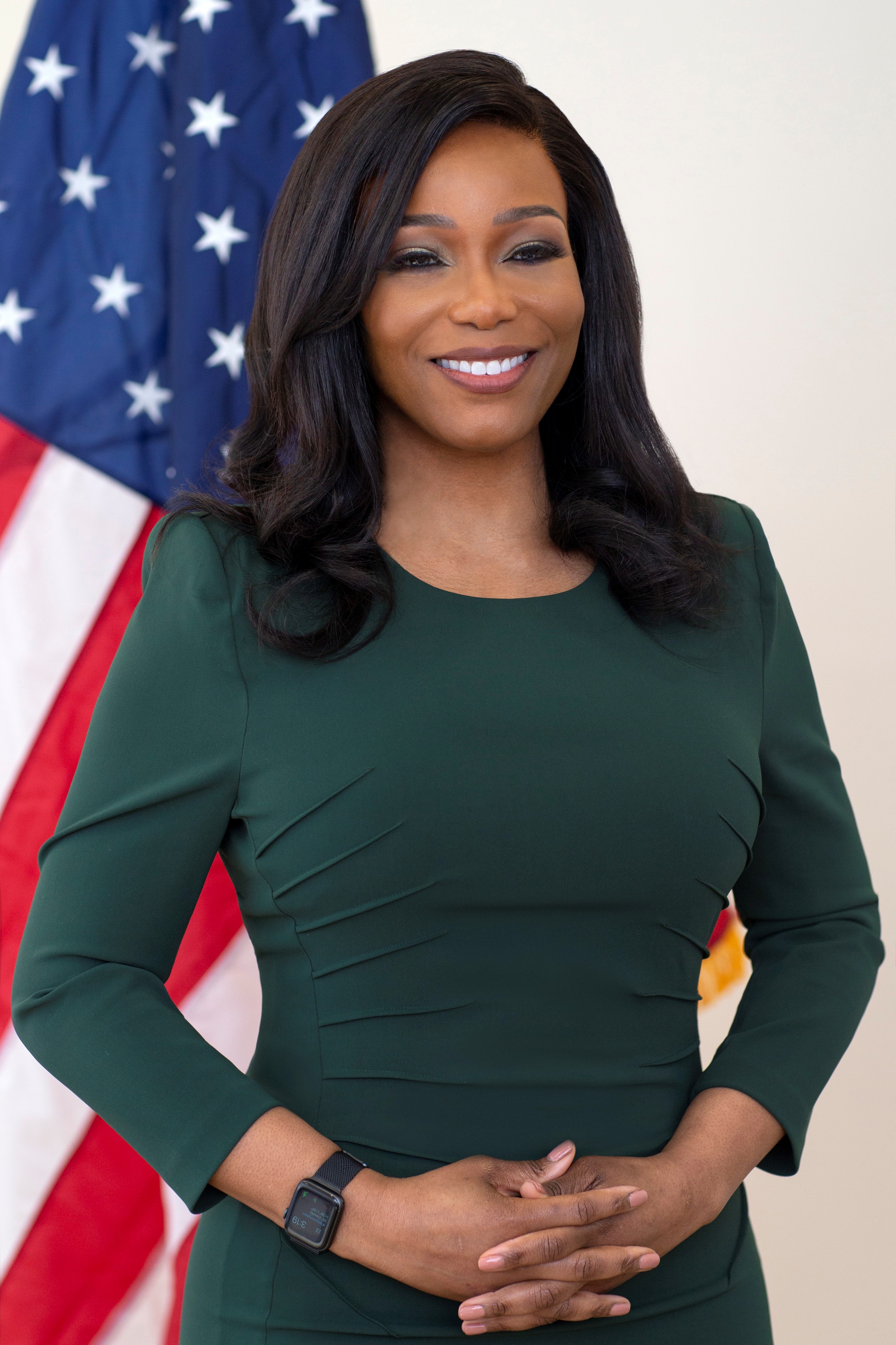 Nikita Pearson is Director of the Office of Minority and Women Inclusion (OMWI) at the Federal Deposit Insurance Corporation (FDIC).  Nikita has more than 22 years of bank supervision experience and has held numerous leadership roles over the course of her career.  She serves on several of the FDIC’s executive committees, including co-Chair of the Executive Steering Committee for Entry-Level Examiner Hiring, Chair of the Executive Task Force to promote DEI within the bank examiner workforce, and voting member on the council that advises the Chief Information Officer.

Nikita began her career at the FDIC in 1998 as a bank examiner in the Division of Risk Management Supervision (RMS).  Since that time, she has held progressively more responsible positions in RMS, including case manager, acting supervisory examiner, and Assistant Regional Director in three of the FDIC’s six regions.  In 2015, she joined the Division of Depositor and Consumer Protection in Washington, D.C. as Deputy Director for Administrative Management, Operations, and Budget. Nikita holds a Bachelor of Business Administration in accounting from Savannah State University, Savannah, Georgia, where she graduated magna cum laude.  She is also a graduate of the Graduate School of Banking at Louisiana State University, Baton Rouge, Louisiana, and the Senior Managers in Government Program at Harvard University, Cambridge, Massachusetts. 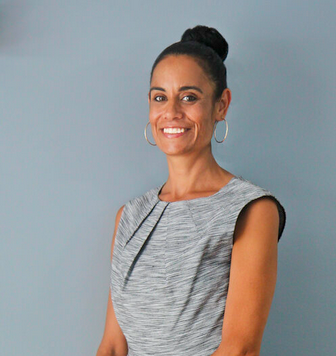 Dr. Laura Quiros, Ph.D., LMSW advises, coaches, and trains boards of directors, executives, and other professionals across the corporate, professional services, higher education, and non-profit sectors to advance their DEI efforts. As an affiliate of Coston Consulting, she regularly works with clients to expand their racial literacy and help them communicate more openly about race and racism. For the past 11 years, Dr. Quiros has served as an Associate Professor of Social Work at Adelphi University, where she teaches social work practice at the doctoral and master's levels. Her research and scholarly interests focus on the social construction of racial and ethnic identity and trauma informed care through a social justice lens.

Dr. Quiros earned a Doctor of Philosophy in Social Welfare from The Graduate School and University Center of the City University of New York, where her dissertation focused on “The Social Construction of Racial and Ethnic Identity among Women of Color from Mixed Ancestry: Psychological Freedoms and Sociological.” She also earned a master’s degree in social work from Hunter College School of Social Work and a bachelor’s degree in Psychology from Skidmore College.

Let’s get in touch Today

To empower and enable Hispanic professionals to achieve their full educational, economic, and social potential.